It's like no beauty pageant you've ever seen...Six contestants---all played by men---vie for the title of Miss Glamouresse. The competitions: swimsuit, talent, evening gown and spokesmodel. Who will it be? Excitement, suspense, the thrill of victory, the agony of defeat. It's all, deliciously, here. But first and foremost---beauty! Judges, who pick the winner, are selected from the audience, so no performance is ever the same. The suspense is real!

Pageant, with book and lyrics by Bill Russell and Frank Kelly and music by local composer Albert Evans, is directed by Shileah Corey. Caleb Corey conducts the band, and the cast is made up of alumni from the Ballyhoo educational program. Performances are April 10 at 7:00pm, April 11 at 7:00pm and 11:30pm and April 12 at 2:00pm. All performances are at Edmonds Heights K-12,  23200 100th Ave W, Edmonds Washington.

Pictured at right is the cast with composer Albert Evans! 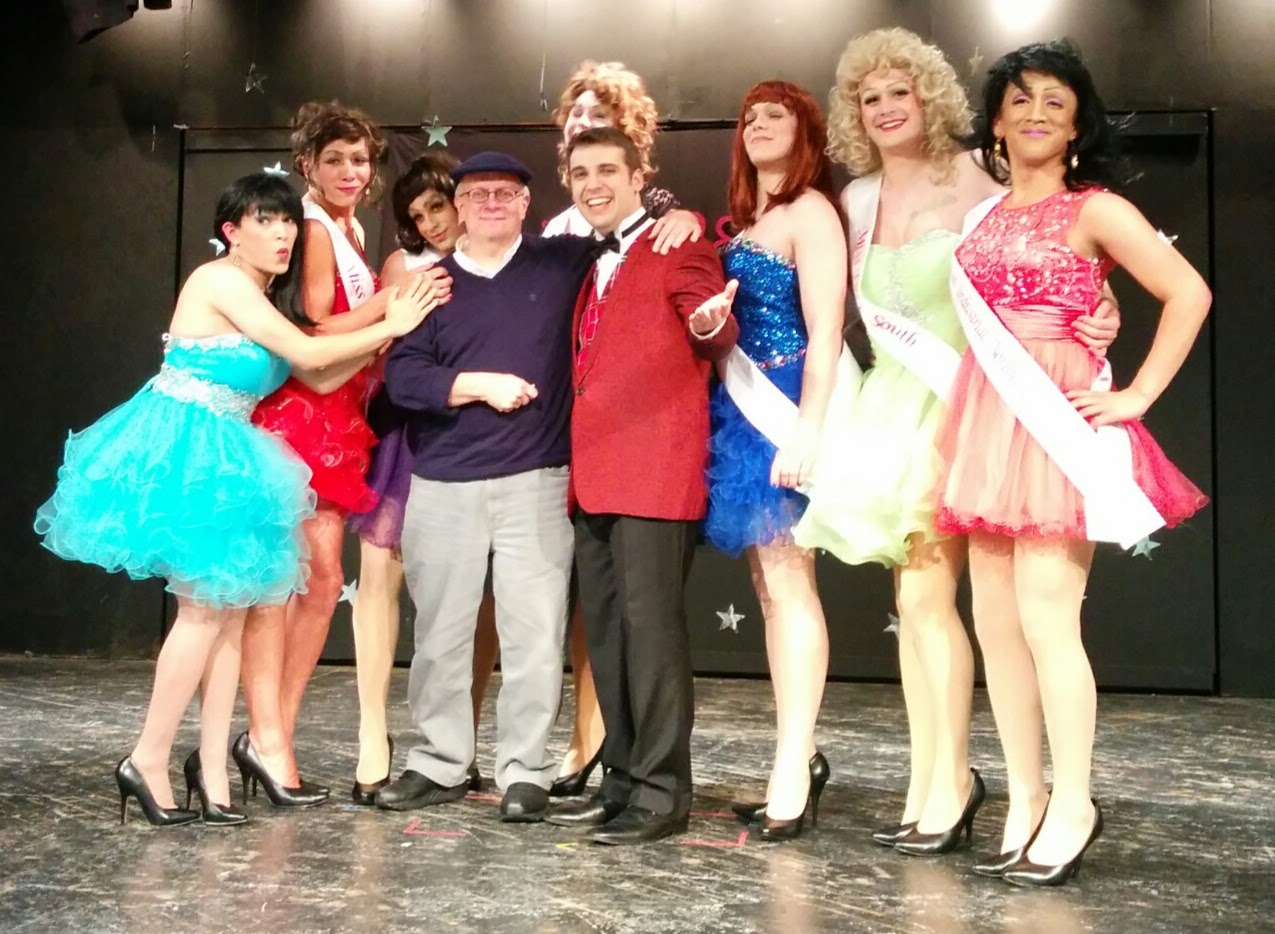 Provocative and raw, with a pulsating pop-rock score, bare has been thrilling audiences for almost a decade. This August, Ballyhoo Theatre will be presenting the pop opera with a talented cast of young performers. bare is the coming-of-age story of a group of high school students at a co-ed Catholic boarding school, with each struggling to define themselves in the face of relationships, sexuality and belief. The plot revolves around two of the students, Peter and Jason, who find themselves deeply in love and seeking answers as they struggle to come to terms with who they are - and who the world thinks they should be. Exploring issues of bullying, body image, substance abuse, and sexual identity, bare ultimately tells a story of discovery, love, faith, and acceptance...both of others and of one’s self.
bare is directed by Shileah Corey, with musical direction by Shileah Corey and Michael Corey and choreography by Emma Ruhl.  Book, music and lyrics by Jon Hartmere and Damon Intrabartolo. 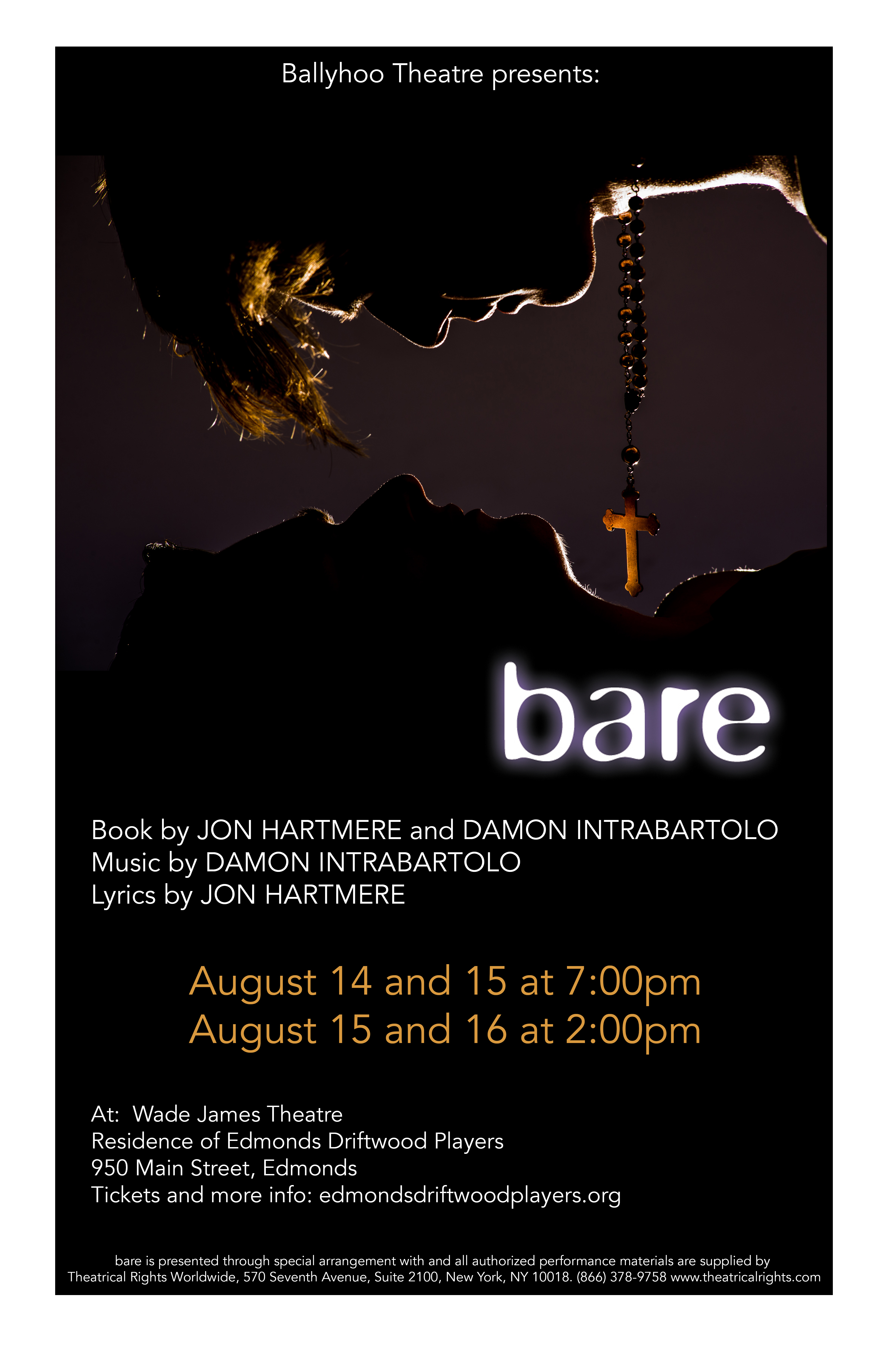