What happens after "happily ever after?" A childless Baker and his wife find out about the consequences and complications that come from getting your wish in this magical twist on several classic stories. A cast of well known fairy tale characters, such as Cinderella, Jack and the Beanstalk, and Little Red Ridinghood, all pursue the same goal: to get their wish. Along the way, they encounter handsome princes, a vengeful witch, and a terrifying giant, and ultimately must ask themselves if they are certain that what they wished for is what they really want.


Into the Woods, with music and lyrics by Stephen Sondheim and book by James Lapine, is directed by Lauren Ruhl and Shileah Corey and features a cast of 22 actors ages 11-16. Performances are July 25 and 26 at 7:00 pm, with matinee performances July 26 and 27 at 2:00 pm. Tickets are $5.00 and can be purchased at the door. All performances are at the Edmonds Heights K-12 Theatre, 23200 100th Ave W, Edmonds Washington. 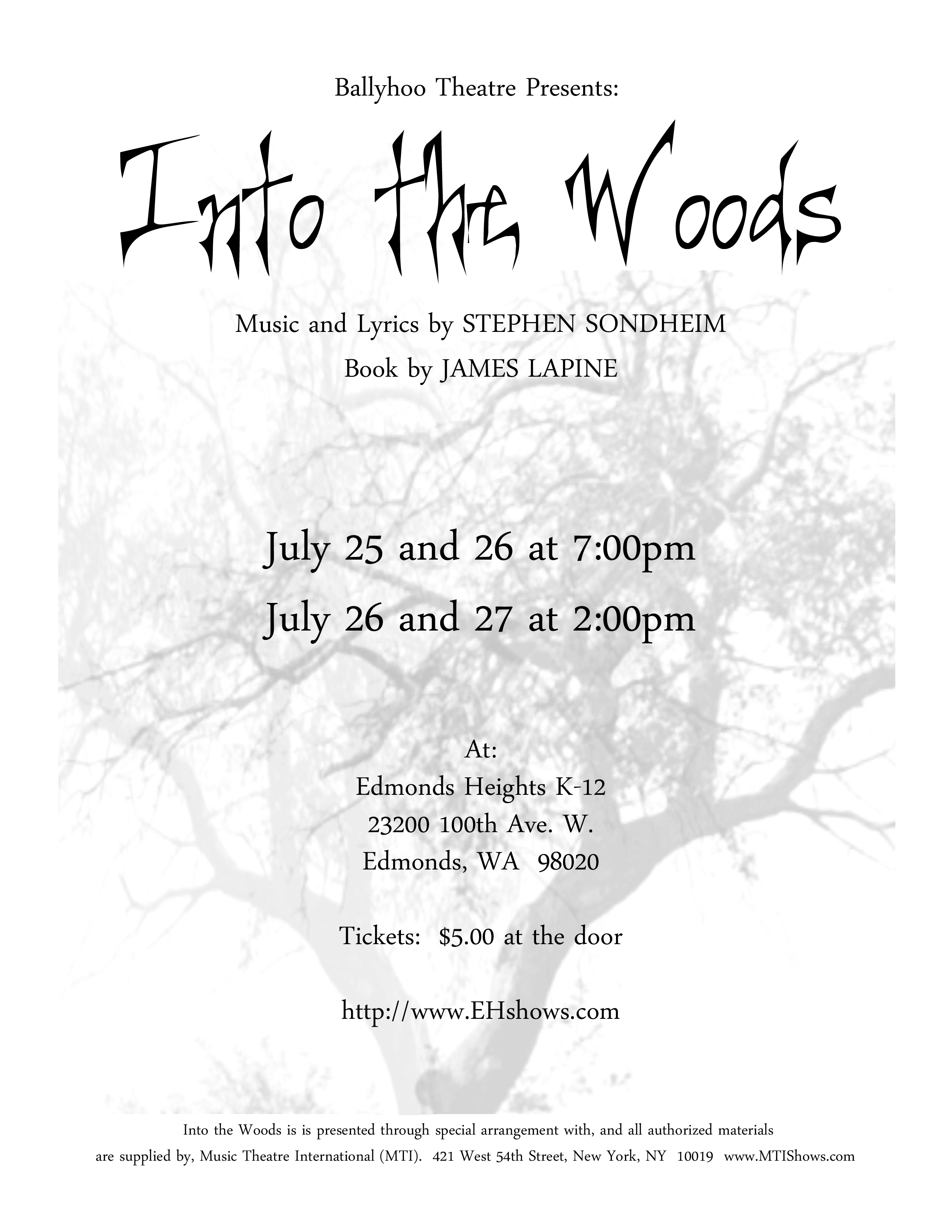 This engaging musical adaptation of the classic by Frances Hodgson Burnett opens with a happy Sara Crewe, heiress to a large fortune.  Enrolled at Miss Minchin’s seminary in Victorian England, her life takes a dramatic turn when she receives news of the loss of her father...  and her fortune.  Sara is forced by the greedy Minchin to become a servant and live in a wretched attic room.  When a mysterious gentleman from India moves next door, curious things begin to happen.

With the book adapted by Vera Morris, and music and lyrics by Bill Francoeur, A Little Princess is a wonderful and moving story for the whole family.

Based on the play by J.M. Barr

Wendy Darling loves to tell stories to her brothers. But when her father announces she must move out of the nursery, Peter Pan comes to visit the children and whisks them away to Never Land. Their adventure introduces them to the Lost Boys, Mermaids, Indians and even the infamous pirate, Captain Hook! Based on the Disney film and J.M. Barrie's enchanting play, Disney's Peter Pan JR. is a modern version of the timeless tale about a boy who wouldn't grow up 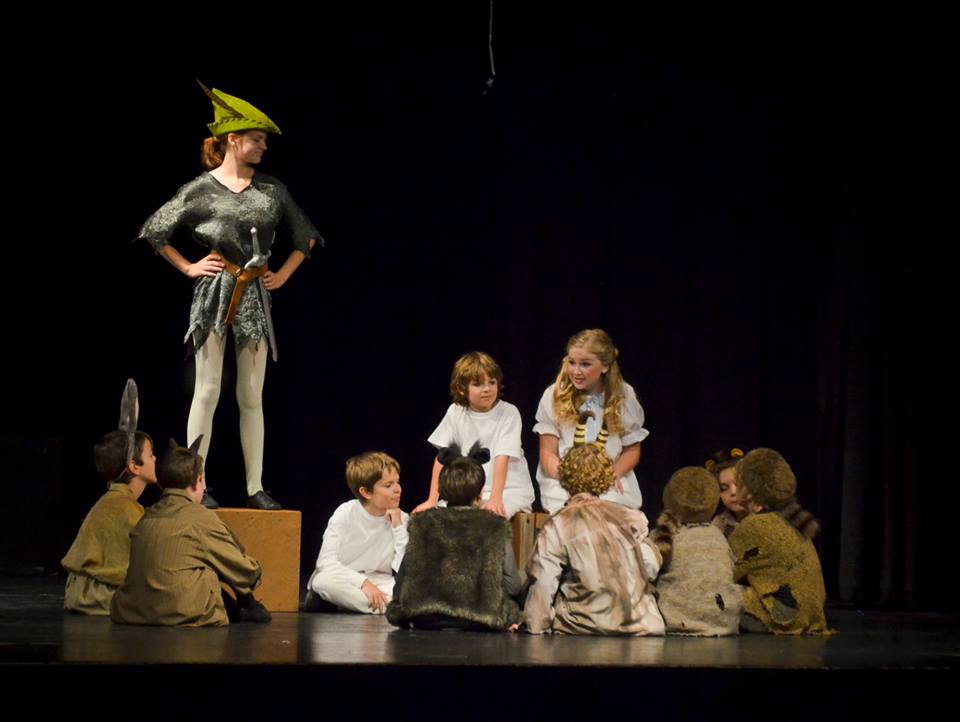 Book by Heather Hach, Music and Lyrics by Laurence O'Keefe and Nell Benjamin

Harvard's beloved blonde takes the stage by pink storm in this fun, upbeat musical about self-discovery. Based on the adored movie, Legally Blonde: the Musical stays true to form with a peppy score and playful book.  Elle Woods appears to have it all. Her life is turned upside-down, however, when her boyfriend dumps her so he can start getting serious about his life and attend Harvard Law. Determined to get him back, Elle uses her charm to get into Harvard Law. At school, she struggles with peers, professors, and Warner Huntington. With the help of Paulette and Emmett, though, Elle quickly realizes her potential and sets out to prove herself to the world.